Michael Clarke and wife Kyly issued a joint statement on Wednesday announcing their separation, seven years after they got married. 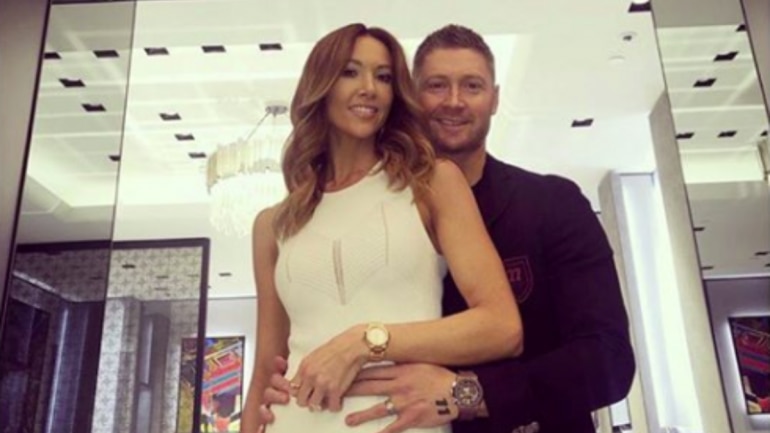 Australia’s World Cup-winning captain Michael Clarke and his wife Kyly have announced their separation on Wednesday. The couple got married in the May of 2012 and have a four-year-old daughter Kelsey Lee together.

“After living apart for some time, we have made the difficult decision to ­separate as a couple, amicably,” the statement read.

“With the greatest of respect for each other, we’ve come to the ­mutual conclusion that this is the best course for us to take while committed to the co-parenting of our daughter.”

It is being reported that the celebrity couple parted their ways 5 months ago, with Clarke moving out of their home in Vaucluse before relocating to the pair’s Bondi beachfront pad, worth $8 million.

Kyly, a former model and a TV presenter had earlier said to The Daily Mail that there marriage was going strong and a chance of separation with Micheal Clarke was non-existent.

The duo further requested for privacy so that they can “manage the next stage of their lives”.

“We’d like to acknowledge the wonderful support we’ve had from family and friends, and at this time request privacy so that we can manage this next stage of our lives,” they said in the statement.

Clarke and Kyly has also reportedly thought of settling the divorce outside the court.

Clarke represented Australia in 115 Tests, scoring 8643 runs, including 28 centuries and also won the World Cup captaining the side in 2015 World Cup.